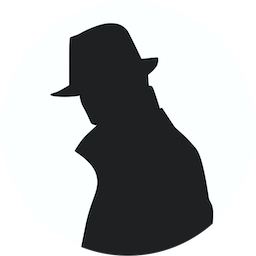 Home of the Love Your Liver Program, "The Madness Of Modern Nutrition" Course, & More!

If you’re ready to leave your aches, pains, and debilitating disease behind, in exchange for happier, healthy days, then this is the place for you!

In this community of like-minded individuals, you’re going to discover the root cause of what’s plaguing your health pains and frustrations, while offering the most up-to-date nutrition information available so you can make the best choices for you and your family, so you all can live longer, happier, and healthier lives.

All this and so much more within our membership community!

Here’s what some members are saying about being part of the community:

“Dr. Garrett Smith is on the forefront in investigating the Vitamin A toxicity issue. He has in depth knowledge of the underlying mechanisms and the insidious nature of the condition. He has been researching all aspects of this condition and has the most experience of anyone that I am aware of in developing protocols for helping people effectively and safely navigate the tricky recovery process. He’s also brought a lot of attention to this important topic, and I’m very grateful for everything he’s doing.”
—Grant Genereux

"While on Dr. Smith’s program, I experienced freedom from the brain fog that I’ve had nearly all my life (I’m in my 60’s). And as to saying ‘nearly all my life’ I actually cannot remember ever NOT having brain fog."

“Wanted to let the good Dr. know that my TPO antibodies are undetectable. I drew labs and just had my Dr. visit! Yay!!!”

"Prudence and I would like to ‘publicly’ thank Dr. Garrett Smith for remedying our 2.5 year case of infertility. He’s done an amazing job at fixing the root of the issue. He continues to have this kind of success with countless other couples, and we’re super thankful for the extra support he gave us throughout the whole process.”

When it comes to your health, are you tired off…

If you’ve said yes to any (or all) of the above, you’re not alone.

Why you should join:

A place where you can find refuge from the disaster of modern nutrition.

Inside this group, you’ll get to work with hundreds of other like-minded people searching for better, healthier ways of living through our current toxic world.

Be warned, if you’re looking for a quick fix, you won’t find it here.

There are plenty of “health gurus” ready to take your hard-earned money and sell you solutions that may fix your symptoms, but never address the actual cause.

If you are serious about recovering your health, know that this is a process.

For too long, we’ve been led to believe that taking a pill, or doing a surgery, or eating certain food groups, will make everything be okay.

But as you and I both know, that just isn’t the case.

The good news is that by being part of this community, you’ll be given the proper tools and training to take back control of your health.

The Love your Liver Detox Program

In this course, you’ll discover…

Since 2018, I’ve continued to tweak and refine this course, making it as relevant today as it was when I first released it years ago.

The course is streamlined for those who want to jump right in!

As long as you're a member of the Love your Liver Detox Community, you will continue to receive regular updates to the course as they come.

Keep in mind, as a community member, you can start discussions about specific health topics, troubleshoot protocols you’re trying, get feedback from your results, ask for advice or help, and more quickly and easily find out what is, and isn’t, working for you, so you can keep your momentum.

So, what does it cost to be part of this incredible community?

This breaks down to just over $8 a month.

Considering everything you get which includes…

In the Love your Liver Detox community, my admins and I lead the way when it comes to addressing both “good” and “bad” health claims and ideas.

We’ll share our thoughts – even I’ll jump in from time to time – while making sure you get an answer or are lead down the right path.

Secondly, you’ll save yourself years of agony and hundreds, if not thousands, or dollars in the form of unnecessary supplements, surgeries, or testing services.

Whether it’s a pill you take every day for the rest of your life or a series of complex test that tell you nothing you already didn’t know.

Regardless of what it is, so many have sold their souls just to make a buck.

It’s been sad to watch the nutrition world get hijacked by self-interested marketers who’s only care is putting more money in their pockets.

Thankfully, there’s none of that in this community.

And that’s because we spill all their secrets.

Or how many popular surgeries – be it heart disease, cancer, even hair loss – are more often than not, missing the bigger picture.

By becoming part of this community, the decisions you make going forward won’t only save you money hand over fist, you’ll save yourself the stress that comes with getting sick in the first place.

Instead of being on the phone, arguing with insurance agents about how much you owe them, time that you’ll never get back, you could be spending that time with family and friends instead (which I’m sure you’d agree is a better use of your time).

Do you want to live out the rest of your life chained to drugs, handfuls of supplements, and medical advice that controls every facet of your life?

Or do you want to take control of your health so you can continue doing the things you love because you aren’t sick like everyone else around you?

The same as paying just over $8 a month for a fancy coffee from the coffee shop that will not be named, you’ll get…

I look forward to seeing you on the network.

My name is Dr. Garrett Smith, a licensed Naturopathic Doctor from Tucson, Arizona. For over a decade, I’ve dedicated my work to helping my patients get better by focusing on what the “experts” continually get wrong…

Since the dawn of the 20th century, the science of nutrition has become polluted by the influence of Big Pharma, Big Agra, and Big Medicine.

Even Alternative Health, which was supposed to be a counterbalance to the conventional wisdom, has slowly turned into a sounding board that leads people back to the big three agencies.

Thanks to their influence, you, me, and everyone we love suffers from diseases traditionally reserved for the elderly, or that were non-existent generations ago.

I’ve seen first-hand, and chances are you have too, how corporate medicine has ruined lives by destroying families, bankrupting, and pushing them into poverty.

But there wasn’t much I could do about it.

Even with 4 years of medical school and dozens of continuing education, my results were average at best.

I didn’t understand why this was as someone who prided themselves on doing everything I could for my clients, this bothered me.

I learned something that shock my beliefs to their very core.

Now, before continuing, let me ask you something…

Have you ever wondered why there are so many diets?

Or why some health gurus take handfuls of supplements?

Or why health professionals badger us to “eat the rainbow.”

They tell us because it’s good for our health, right?

That if you eat a particular diet, or take a particular supplement, or eat “the rainbow,” you’ll be safe from disease.

Because despite the advice from the health professions, disease rates keep rising.

Which diseases you ask?

…And many others I don’t have time to list.

To make matter worse, I knew things were getting worse for everyone.

But like I said, there wasn’t much I could do about it…

At least until only a few years ago.

At that time, a friend shared an article that made the case that Vitamin A was not a vitamin…

It was a toxin that slowly made us sicker.

According to that article, it’s a plant toxin that has a long and scary history of contributing to the greatest chronic diseases we deal with today.

As someone who spent years in medical school, you can imagine what was going through my mind.

“This can’t be right,” I told myself.

I decided to move on and put the article out of my mind.

But deep in the back of my mind, I kept getting this nagging feeling to investigate.

Not too long after doing my own research, I couldn’t believe what I found…

Not only was the article right…but after digging further into the research, Vitamin A was just scratching the surface.

I learned that that so many of our designated “healthy foods” that were being peddled by conventional and alternative medicine alike, was making us sicker.

From that point going forward, I started making some major changes.

I began sharing these discoveries with my one-on-one clients.

It was there that I made breakthroughs like never before!

Clients who had worked with me for years started seeing improvements like never before.

They were sleeping through the night, their gut pains after meals disappeared, their dry-feeling skin began to rehydrate like in their youth, and much more.

As good as this information was, I knew I couldn’t keep it exclusive to my clients.

That way, they could look at the research and use it to make the best decision possible for themselves and their families.

Finally, after much thought, I figured the best way to share all my studies and insights over the last 3+ years was to create a community of like-minded folks.

Those who were tired of being a cog in the conventional and alternative health machine could finally get some answer instead of temporary solutions that kicked the “disease can” down the road.

If you’re tired of being a cog in their machine, then this is the group for you!

Keep Up With The Nutrition Detective Network On The Go

The Nutrition Detective Network is powered by Mighty Networks
Phone numbers from outside the United States may need to use a prefix (e.g. +44 XX XXXX XXXX). Available on iOS and Android. This site is protected by reCAPTCHA and the Google Privacy Policy and Terms of Service apply.
Request to Join